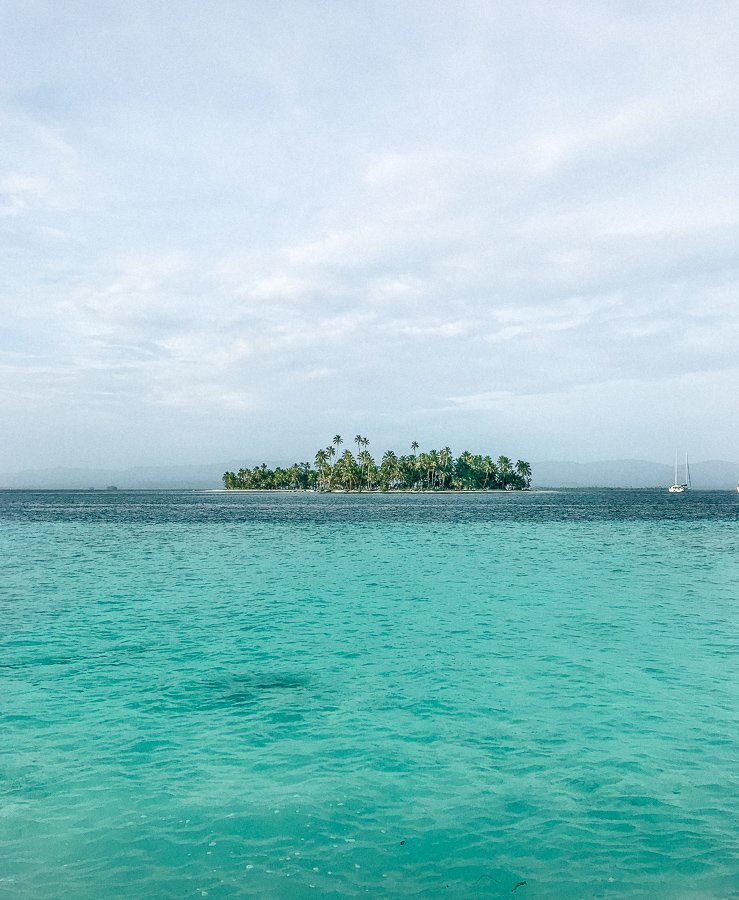 Whoever goes to Panama or Colombia has to put the San Blas islands on the list. The archipelago exists of so many small islands where you can only dream of. Islands that are so tiny, with white beaches and five palm trees on top of it. You can’t do much, except for swimming, snorkeling, chilling, eating and sleeping. And that’s exactly where you’re coming for and what makes the San Blas Islands so awesome. But which organization do you choose? And do you want to travel by motorboat or by sailboat? And is four days enough or is five days better? In this article I’ll explain the differences and what I recommend!

With a sailboat or motorboat The big question is: are you going by sailboat or motorboat? The sailboat is definitely more popular but that should not be decisive, because I recommend going by motorboat. When I was comparing those two, I only saw advantages of going by motorboat: it’s faster, you have way more time on the islands, you sleep on the islands and not on the boat, it’s four days instead of five and the chance of getting sick is smaller.

Advantage 1: the motorboat is way faster I really like this one: the motorboat is way faster. I like being on the water, but I don’t want to spend houuuurs on the boat for five days in a row. That’s just too much. Going by motorboat was so relaxing: everyday you sail for two hours maximum and you spend the rest of the day on the islands. And this also means that a sailboat takes a day extra to arrive in Colombia or vice versa. On that extra day you can only see water and no land at all. I mean, I already get bored when I think about seeing nothing but water and not be able to go anywhere.

Advantage 2: you have more times on the islands I also liked the fact that you have way more time on the islands. If you go by sailboat, it seems that you don’t spend that much time on land and that you’re on the water for most of the time. So sailing is actually the most important thing when you go by sailboat, but the islands are more important if you go by motorboat. You sail for one hour, spend a couple of hours on an island where you have lunch, you sail for another hour and you arrive at the second island, where you spend the night. And exploring the islands is exactly where you’re coming for, right? You visit inhabited and uninhabited islands and that what makes it so special.

Advantage 3: sleeping on the islands If you go by sailboat, you have to sleep on the boat for four nights and what I’ve heard, it’s a possibility that you get seasick. If you go by motorboat, you sleep in hammocks on the first two nights (on the islands) and on the third night you sleep in a little bungalow above the water in a village of the Kuna people, the local population. How cool is that?! For that reason only you have to choose a motorboat for sure.

Which organization do I recommend?

My trip was organized by San Blas Adventures, one of the biggest operators of the San Blas Islands. I definitely recommend going with them: the guides were really nice, it was all well organized and the food was soooo good! The food during the trip was really good (not just my opinion, but everyones opinion of my tour). On the first day we got fresh fish with salads for lunch and in the evening they gave us delicious fresh lobster, whaaa! Every morning we had yogurt with granola, fruit and extras like eggs, toast and more. The days after we ate the most delicious salads, pasta’s, couscous and fish. And also vegetarians got what they wanted. According to the drinks: now and then you can fill your bottle with some fresh water, but it’s better if you buy some big bottles for the trip beforehand. And don’t worry about the sodas and alcohol: on every island there’s a man who sells this. San Blas Adventures makes sure the guides speak enough English to explain you some stuff about the local population and about the San Blas Islands, and they’re really social at the same time. You’ll also be surrounded by local guides but you don’t really speak with them. They’re part of the Kuna and they are responsible for the boats and sometimes they make your food. San Blas Adventures offers the tour from 399 dollars each, which is around 340 euro. You do have to pay the jeep to the boats extra and no organization has control over this. The local population will refuse you on their islands if you decide to go with another vehicle, so you have to go by jeep from Panama City. This costs you around 30 dollars per person, which is like 25 euro. It takes about two or three hours. You always have to pay this, so keep this in mind. You’ll probably buy some beers and sodas on the islands too, which costs two dollars each. But you can bring your own alcohol too, so buy a bottle of ron and enjoy a drink on the islands. Everyone does the same and it’s way cheaper than buy all the beers at the islands. A part of the money you pay goes to the San Blas Islands and the Kuna families that live here. All the captains are from the Kuna population, just like the guys who sell all the beer. By doing this, they’ll earn enough money for themselves and for their families.

Are you excited to go on this trip? Do it, you won’t regret it! Have a look at the website of San Blas Adventures and book that tour! Or just have a look at the pictures of my tour (below). Oh and do you wanna go from Colombia to Panama? That’s also possible, that would be the same but the other way around!