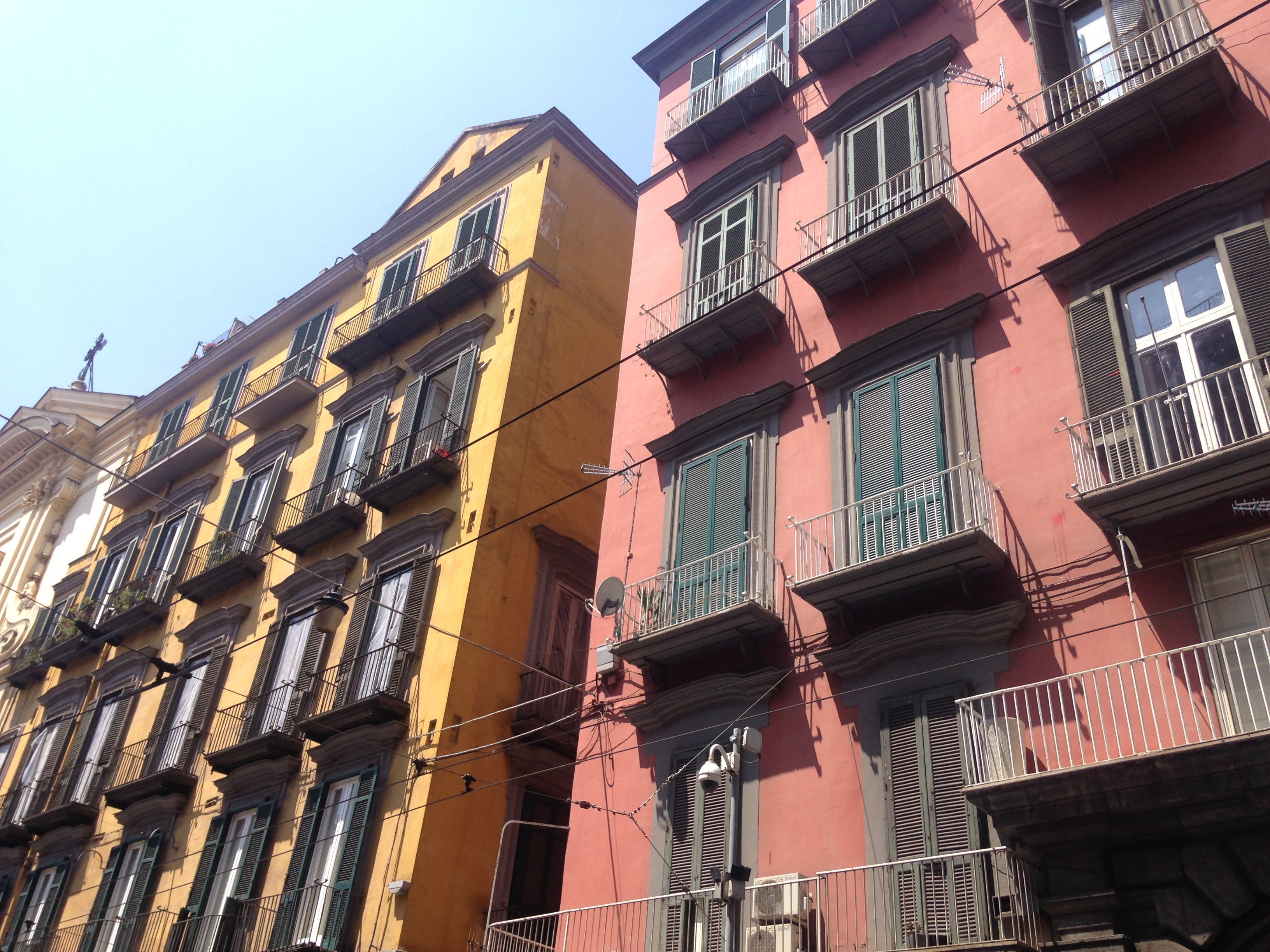 It’s filthy, it smells, the city is ugly and the mafia is living here. Thát’s what most people think. I’m talking about Naples in the south of Italy. A lot of people avoid this city, but that’s what makes me very curious. So I decided to book a trip to Naples. I experienced the city myself and I can tell you that these statements aren’t true. Naples is a beautiful city, it’s not that filthy and the mafia won’t hurt you if you walk through the streets. So please let’s not overreact and put Naples on your bucketlist. I’ll give you 13 reasons why you should go to this interesting city.

1. The pizza is invented here

I mean… this reason should be enough to visit the city: the pizza is invented in Naples. I ate one pizza and I didn’t like it that much to be honest, but I’m sure you can eat the best pizza’s ever. Go to restaurant Da Michele for the original margaritha and experience it yourself.

It’s getting even better: also the limoncello is invented here. Not in Naples itself, but in the surroundings of the city so that’s good enough. A limoncello is always a good idea, especially in the sun or after dinner.

3. Celebrating Christmas everyday of the year

My favorite street in Naples is Via San Gregorio Armeno for sure. In this street you’ll find Christmas stalls with Jezus and Maria. But you’ll also find figures of pizza makers, old ladies and cooks. It’s an awesome place to shop some Christmas decorations but it’s also a good place to buy some great souvenirs.

4. The old centre is beautiful

Naples is ugly? Hell no! Naples is beautiful. Especially the old centre, with cute little streets, balconies with flowers, laundry lines with white clothes and colorful buildings. And it’s also on the World Heritage List of UNESCO. Ready for a good workout? Great, because Naples has many castles you can climb. And a castle means good views so that’s totally worth it if you ask me. But don’t do this at 2pm when it’s way too hot.

Rome is awesome, but you’ll spend a lot of money during a citytrip. But Naples is cheap. A pizza for three dollars and a limoncello for one dollar. Yes please!

The introduction of this article says it all: Naples doesn’t have a good reputation, so you won’t come across many tourists. But after reading this article I hope you’ll add Naples to your bucketlist before all tourists are going here.

8. You can climb the Vesuvius volcano

I’m sure you have ever heard of the Vesuvius volcano, but did you know that this volcano is close to Naples? And did you also know that you can climb this cool thing? But you don’t have to worry: the last eruption was in 1944. And on top you’ll have a great view!

9. Pompeii is right around the corner

In 79 after Christ the Vesuvius volcano erupted and unfortunately the Roman city Pompeii was buried with ashes of four metres thick. Years later the first archaeological excavations were started and a huge part of the city was uncovered. You can visit this old Roman city nowadays and in 1997 UNESCO added Pompeii to the World Heritage List.

10. Naples is close to the Amalfi Coast

If you have enough time, you SHOULD visit the Amalfi Coast. Just take the train from Naples and you’re in the Amalfi Coast in one hour. The train ride costs around ten dollars per person and you can stay here for daaaays. Naples is in the south of Italy so that means: SUNSHINE! Lovely temperatures, a blue sky, hours of sunshine and perfect weather for ice creams. That’s all you need.

It’s an Italian city so that should be enough to persuade you to go here. Italy is good food. Italy is fun. Italy is a beautiful language. Italy is great weather. Italy is coast and sea. Italy is AMAZING.

Have you been to Naples and what did you think of the city? Let me know!