Costs New York: why a citytrip New York doesn’t have to be expensive 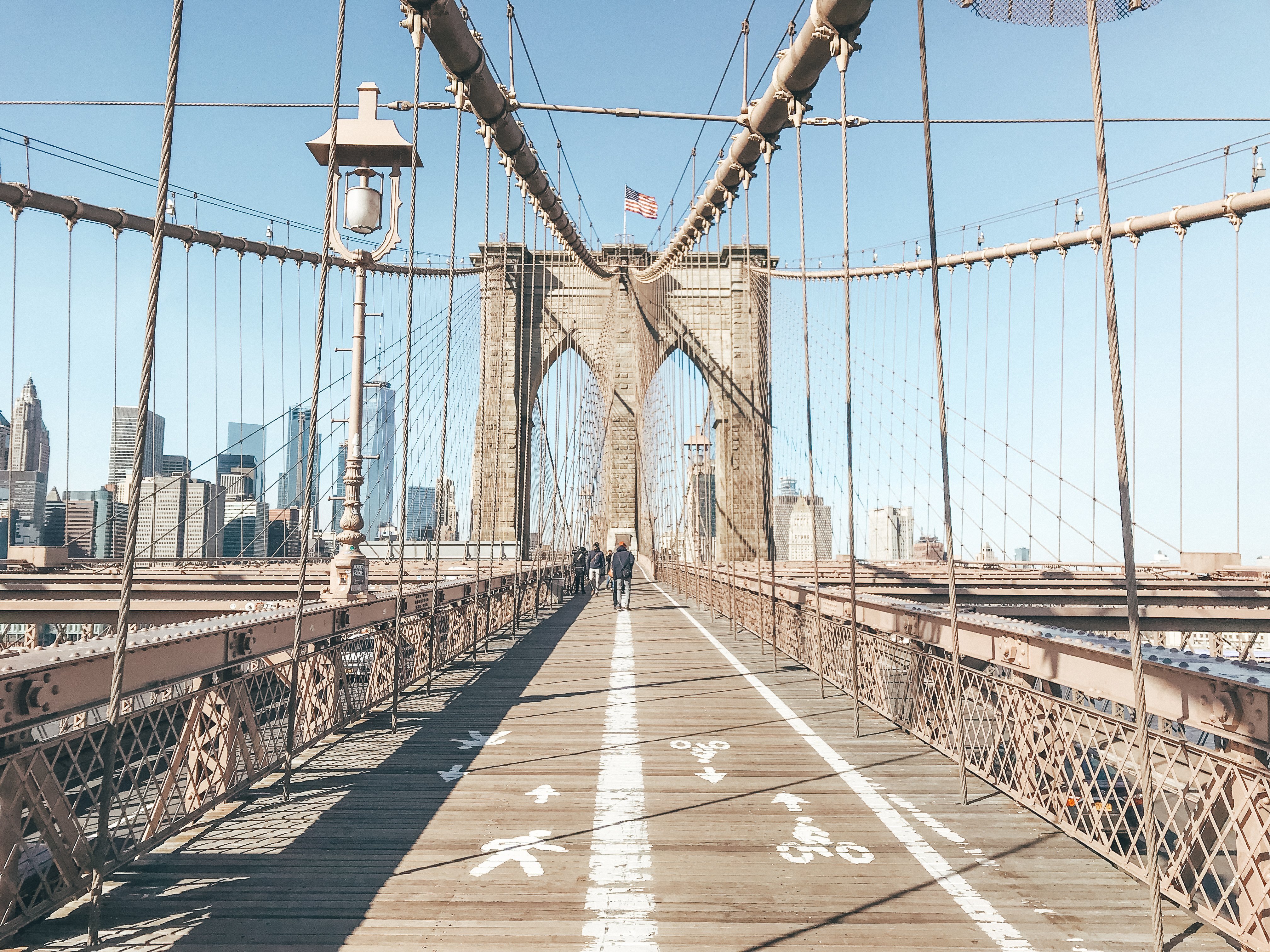 For years I wanted to go to New York, the city that you have to see at least once. But somehow I thought that a citytrip New York would be so expensive. I’m a true traveler and I only spend my money on travels, but the budget stopped me from going. And I’m definitely not the only one who thinks that NYC is expensive. When I came back from five days in The City, so many people asked me how much money I’ve spent. But guess what? A citytrip New York really doesn’t have to be expensive and I didn’t spend a lot. I actually spent less money than during my other citytrips. Let me tell you why!

Costs New York: food and drinks can be so cheap

I always spend a lot of money on drinks and food, because that’s what you do on a citytrip. Breakfast in a diner, having lunch during the afternoon, get a snack somewhere, go for some drinks in a bar and eat dinner in a restaurant. That’s exactly what I would normally do, but it’s not necessary to do this in NYC. I really saved a lot of money because I always grabbed a snack on the street, like a pizza slice (for 1 or 2 dollar), a hotdog (also 2 dollar) and more. It may not be the healthiest choices (although you can also get some healthy snacks), but they full very well.

During the citytrip, I didn’t eat in a restaurant and I always got some street food or I ate in an ugly food chain for just a few dollar. Taco’s on the first day, a burger on the second day, some pizza slices the day after and I also ate dim sum for dinner. And if you want a drink, you just go to the 7-Eleven and get a beer or a bottle of wine for normal prices.

Almost everything is for free

When you go to NYC, the one thing that you’ll do is walking around. There are some great museums, but walking around is definitely the activity that you’ll do the most. There is so much to see and so much to explore outside, like the beautiful buildings, the different area’s, great street art and more. I’ve walked for hours everyday and I loved it! So you don’t spend any money (or maybe just a bit)  on activities or sights. But do you love theatre? Then you definitely need to pay some money, because that’s expensive for sure.

New York is such a big city and you can’t walk from neighborhood to neighborhood, so you’ll have to take the metro sometime. I took the metro like 10 times in 4,5 days and it’s not expensive at all. I’ve paid around 2 or 3 dollar per ride, so I’ve spent around 25 dollar during the citytrip. That’s it! I just bought a card and I put money on it when I needed it. You can also ride a bicycle which is very cheap, so the metro is not the only option. Taxi’s are definitely not necessary, because there are subways everywhere.

Besides the metro, you also need to take transport from the airport to the city and back. I came from Newark Airport and it costed me around 15 dollar for an one way ride (I took the train from Newark Airport to the Penn Station in downtown Manhattan). And of course you have to pay 15 dollar to go back to the airport at the end of the trip. So I’ve only paid around 50 or 60 dollar (40 euro) for transport during the whole holiday. That’s not bad at all!

A hotel doesn’t have to be expensive either

My first thought was that the hotel would be the most expensive cost during my visit. But that’s not true. If you don’t book last minute and you’re in time to book an accommodation, the prices can be very affordable. I’ve paid around 130 dollar per night (65 dollar per person per night) and I was sleeping right around the corner of Times Square. Literally everything was on walking distance and the hotel was very comfortable. So if you decide to book an accommodation outside of downtown Manhattan, you can definitely find some hotels for less than 100 dollar per night. You’ll need the metro anyway, even if you do sleep in downtown Manhattan!

A ticket to New York is also very cheap

Alright, so this one depends of where you live of course. I’m living in Europe (in Holland to be exact) so New York is like 8 hours away from home. But the tickets are actually cheap. I’ve seen a direct return flight from Amsterdam to New York for 370 dollar only, which is 300 euro. And that’s cheap for a flight of 8 hours! Do you wanna know how I always get those cheap flights? Just read this article and you’ll learn more about it!

Costs New York: what did I spend?

Besides the ticket to New York and the hotel, I’ve spent like 400 dollar in five days. And believe me: I could have save so much more money. I’ve eaten breakfast in a diner twice (which is expensive if you compare it to a snack on the street, but it’s not that expensive and you’ll be full for the rest of the day), I’ve eaten breakfast in a more modern restaurant, I’ve been drinking cocktails on a luxurious rooftop bar and I’ve been drinking some beers in a bar twice. Besides that, I also went to the top of the Rockefeller Centre to see New York from above (which I definitely recommend if you go to NYC) and the entrance costed around 37 dollar per person. The conclusion: I’ve spent 50 dollar on transport, 37 dollar on sights and 310 dollar on food and drinks. And I could have spent so much less on the last cost. I think it’s possible to spend around 250 dollar in five days for everything in total!

Would you like to go to New York? Check out the hotels before they’re getting too expensive!